Let me start by simply saying, “Squeeeeee,” in as high-pitched and long-held of a tone you can imagine. Does your brain hurt yet?

Now imagine it going on for quite a while longer.

It’s my first novel, which started as a NaNoWriMo challenge winner. Remember, winning NaNoWriMo just means that I wrote 50,000 words in 30 days, not that they were good words or in the right order.

I then hid it away for the recommended six weeks, trying desperately not to think about it, then pulled it out and read it with shock, horror, and one teeny little voice inside that thought that maybe there was a good story in there somewhere. 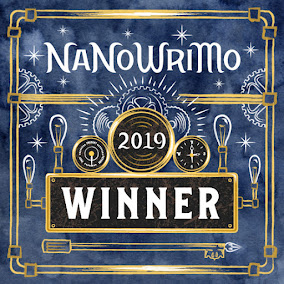 Weeks of editing ensued. I sent copies out to some beta readers who are to be pitied, not just for having to read the first drafts, but also for coming up with really nice things to say about it (and very constructive comments), even though it was terrible.

THEN I sent a page to a friend who held a writing workshop, and she told me to “show, not tell” and explained what that actually looked like on a page.

With that, I sat down again and pretty much rewrote the whole thing (because “telling, not showing” is apparently my specialty).

Over the next two months, I also researched soil pathogens and interviewed an expert on the subject, to make sure that my crisis was resolved in a plausible, realistic way (on a shuttle to Mars – kaff).

I added on 20,000 more words, edited it over and over, and sent a query to an agent and a publisher.

Both asked for the full manuscript, and the publisher contacted me quickly to say that they wanted to publish it. My story.

There are more edits to come, of course. I’ve filled out a few sections that were a bit too sparse on details, and will be working with my editor to clean it up and make it better, but yep, it’s coming.