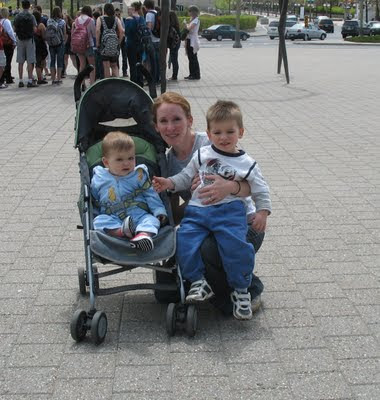 Wrapping up the maternity leave experience, and also having talked too much about the wonders of Ottawa for the past three years, the kidlets and I headed downtown for some out-and-abouting, while we could.
Mostly photos follow. 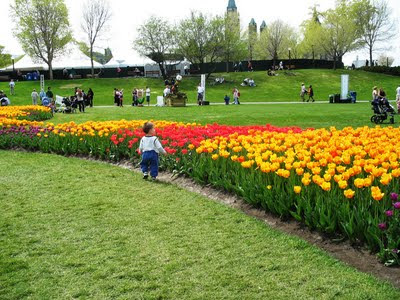 Though still a far cry from the Best Tulipfest Ever (“I love you, Shawn Desman!”)(were there, possibly, too many slushie drinks?)(NEVER!!!), we managed to go three times over the two-week festival to partake in tunes, tulips, and tiptoeing. 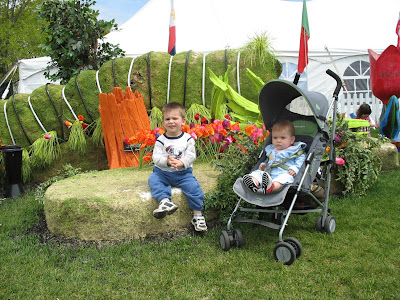 There was music, people, and grass statues, most notably, a Very Hungry Caterpillar. And on the last day of the festival, it had sprouted butterfly wings! 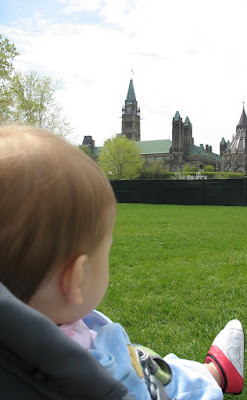 During a pause in the live music (I believe it was India’s Nomadic Orchestra of the World that day), Ailsa considers a future in politics. 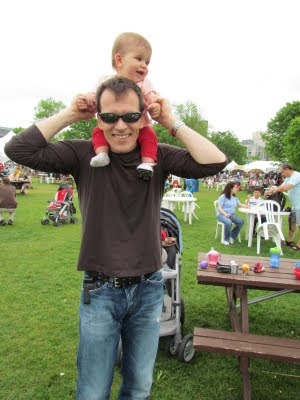 She decided it was more fun to dance with Daddy. 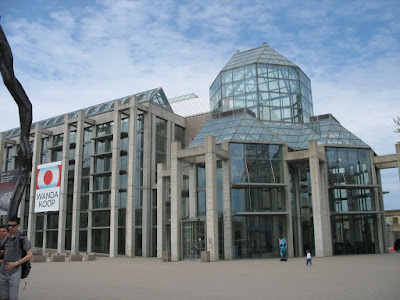 The scene of the crime; where it all began. That’s Vaughn, checking out a tulip statue. God, he is soooo clingy. 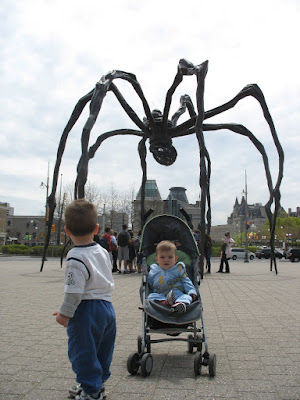 Ailsa is happily oblivious to the giant spider behind her. Vaughn is just realizing…
Actually, we looked through wedding photos a few weeks ago, and he was very interested in seeing this statue.
On the way up Murray Street, he told a man that he was going to see a giant spider, and the man said, “Do you know what it’s name is?” Vaughn said, “Maman.” Silly man, you are speaking with no mere mortal!

2 thoughts on “Touristing in O-Town”